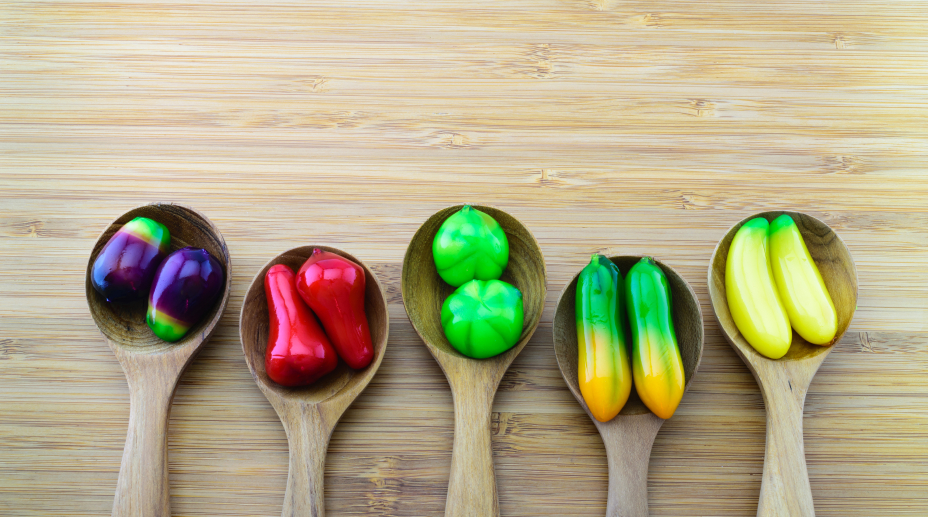 Despite the clear evidence in a number of scientific journals, including evidence of DNA damage resulting from red food dyes and potential liver damage in children, many are not aware of OR the extent of the use of food additives.

Ingestion/Absorption of Food Coloring can lead to the following:

There has been an increase in autoimmunity, IBS and SIBO since the introduction of environmental chemicals such as glyphosate (Round Up™) in the US and Canada.

However, when an artificial color molecule is present, it covalently bonds to the digestive enzyme (trypsin) and the consequence is trypsin is unable to cut the bonds to begin the break down of the protein into a peptide.

Many people with irritable bowel syndrome (IBS) and / or small intestine bacterial overgrowth (SIBO) at some point in their journey have found limiting specific foods perhaps grains resonates with them and may find they consume higher amounts of protein.

A very interesting study in Scientific Journal looked at this exact mechanism using the protein bovine serum albumin (BSA). Digestive enzymes were added and observed from 10 to 60 minutes and measured the formation of peptides and amino acids.

•    BSA+Color+Enzyme resulted in 80% inhibition in the digestion of protein!

Pelsser et al. in 2011 followed children and behavior score distribution. Significant improvement was measured, by both the pediatrician and the teachers ratings, in the children’s behavior after a 5 week restriction of food coloring.

Now we can shift even how to treat the complexities of SIBO and direct treatment at blocking the endocrine disrupting chemicals and begin to address the potential triggers of autoimmunity.

In my practice, patient’s gain access to environmental toxin and mold toxin testing in order to identify the endocrine disrupting chemicals and addresses them based on the findings. This can be done in a variety of ways from specific hormones and / or with the use of sauna therapy and individualized supplemental system support.